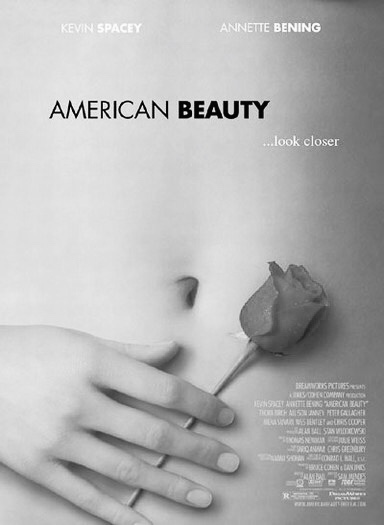 The difference between now and the future is very significant when making a decision. I will explain how you can take advantage of this psychological insight in developing healthy habits. And how the Oscars got me thinking about all of this.

Back in 2000 I went to the movies with my high school sweetheart. The previous night Kevin Spacey had won an Oscar for his portrayal of Lester Burnham in American Beauty and we wanted to see for ourselves if it was well deserved. By now I have seen the movie so many times that I can quote numerous lines. But when I walked out of the movie theatre that night, there was only this superior one in on my mind.

The movie’s protagonist Lester Burnham is a middle aged man who has lost it somewhere down the line. He hates his advertising job, his marriage has become joyless at best and his daughter hardly speaks to him while living under the same roof. Then Lester decides to take back what he has lost. He quits his job, starts working out and once again listens to his favorite Led Zeppelin records. When he goes out for a run he meets his neighbors who are regular runners and asks them for some advice. The neighbors ask him if he just wants to lose weight or increase strength and flexibility as well. And then Lester responds with the my favorite line in movie history: “I want to look good naked”. Although my high school sweetheart married someone else (don’t worry, I got over it), the brilliance of the movie is still with me today. But how to make the right decisions to follow up on that goal?

Everybody knows what it takes to improve their health and fitness. Just eat healthy and exercise regularly. That’s it. But somehow that is not always the way we behave. We make very bad decisions when it comes to our health and fitness. Even though we have all the information and know better. There is no doubt in anyone’s mind that the tomato is better for them than the French fries. Or that going for a run outbeats binge watching on the couch. We also know why we make those unhealthy decisions. The food is just to good to resist and it is very comfortable on the sofa. In Mindfitnezz we help you make better decisions by using insights from behavioral science to improve your health and wellbeing. Our insights make it possible for you to use those tricks on your own mind and influence your own decision making.

The difference between now and the future

Through my commercial jobs at big corporations like Experian and PostNL I encountered lots of decision making about strategy, product development and clients. I always thought that smart people in large companies made very rational decisions based on solid evidence. But I was proven wrong pretty fast and I wanted to know how that worked. By studying the work of Nobel laureates Daniel Kahneman, Richard Thaler and others, I got to understand the inner workings of the irrational human being. The ‘homo economicus’ who has unlimited time, energy and resources to come to a rational decision that benefits himself the most, was nowhere to be seen in my life. And that included me as well. One of the first things I noticed in my work was the short term focus of the decision making. Although it makes some sense when you are working at a company that is listed on the stock exchange and have to present quarterly earnings, it was much more than that. Large discounts were given to clients to sign their contracts this month instead of the next. Ten percent, twenty percent, sometimes even more. And when I started to be aware of this extreme focus on the here and now, I began to take notice of it in people’s personal live as well.

Imagine if I give you €1000. But there is also a second option. Instead of the €1000 now, you will receive €1100 in a month’s time. If you are like most people, you are present biased and take the €1000 now. Even though there is a 10% interest per month. There is of course some rationale to it. Maybe I don’t have the money anymore a month from now or I just stop picking up my phone when I see your name on my screen. But what if I give you another pick of options. You can either get €1000 in twelve month’s time or €1100 in thirteen months. Now the most picked option is the latter one. Somehow that same month of delay for the same €100 doesn’t play a significant role anymore. How is that possible? All of the same things can happen during that month. I could still lose the money to pay you or decide to evade you after all. Although it is very irrational behavior, it is very much how our minds work. We as human beings are very focused on the present. In behavioral science this is called hyperbolic discounting. It refers to the tendency for people to increasingly choose a smaller-sooner reward over a larger-later reward as the delay occurs sooner rather than later in time. And it is a very powerful tool to improve your health and fitness.

How to use hyperbolic discounting for your health?

You know the feeling when you get really hungry in the late afternoon, but it is way to early for dinner? I’m sure you do. On that moment you have a decision to make. Do I go for the healthy apple or that delicious chocolate bar? Like most people I picked the latter, because it was just to good to resist. So I started gaining weight. And every evening I said to myself I would go for the apple the next day. But I never did. Until I realized how to use hyperbolic discounting to make a different decision and change my behavior. Standing in the shop with an apple in one hand and the chocolate bar in the other, the short term benefits of the chocolate bar (great taste) always won from the long term benefits of the apple (improved health and fitness). So I needed to eliminate my present bias to tackle the problem. So here is what I did. I went grocery shopping on Sunday to buy five apples for the workweek. I would put the apple in my bag in the morning and go off to work. Because I had already made the decision to eat healthy and had my apple with me, there was no need to go to the store in the afternoon and make a short term decision. When I got hungry, I just opened my bag and ate my apple. And I have been doing it ever since.

Some people might say it is not a very spontaneous way of living. Choosing and buying today what you want to eat tomorrow is not considered living on the edge. But neither is picking the same chocolate bar every day and gaining weight. And most importantly it helps to improve your health and fitness with just a small nudge. So give it a try and let me know how it works out for you in the comments below.

Sander Palm (1980) is a behavioral economist and fitness enthusiast. He has a Master of Science in Marketing from VU University Amsterdam. He lives and works (out) in The Hague.

Want to know how you can get your marketing, communication and sales in better shape? Drop an email at sander@behavioralinsight.nl

Don’t want to miss any insights on how to look good naked? Enter your name and e-mail address to get notifications when new blogs are published!