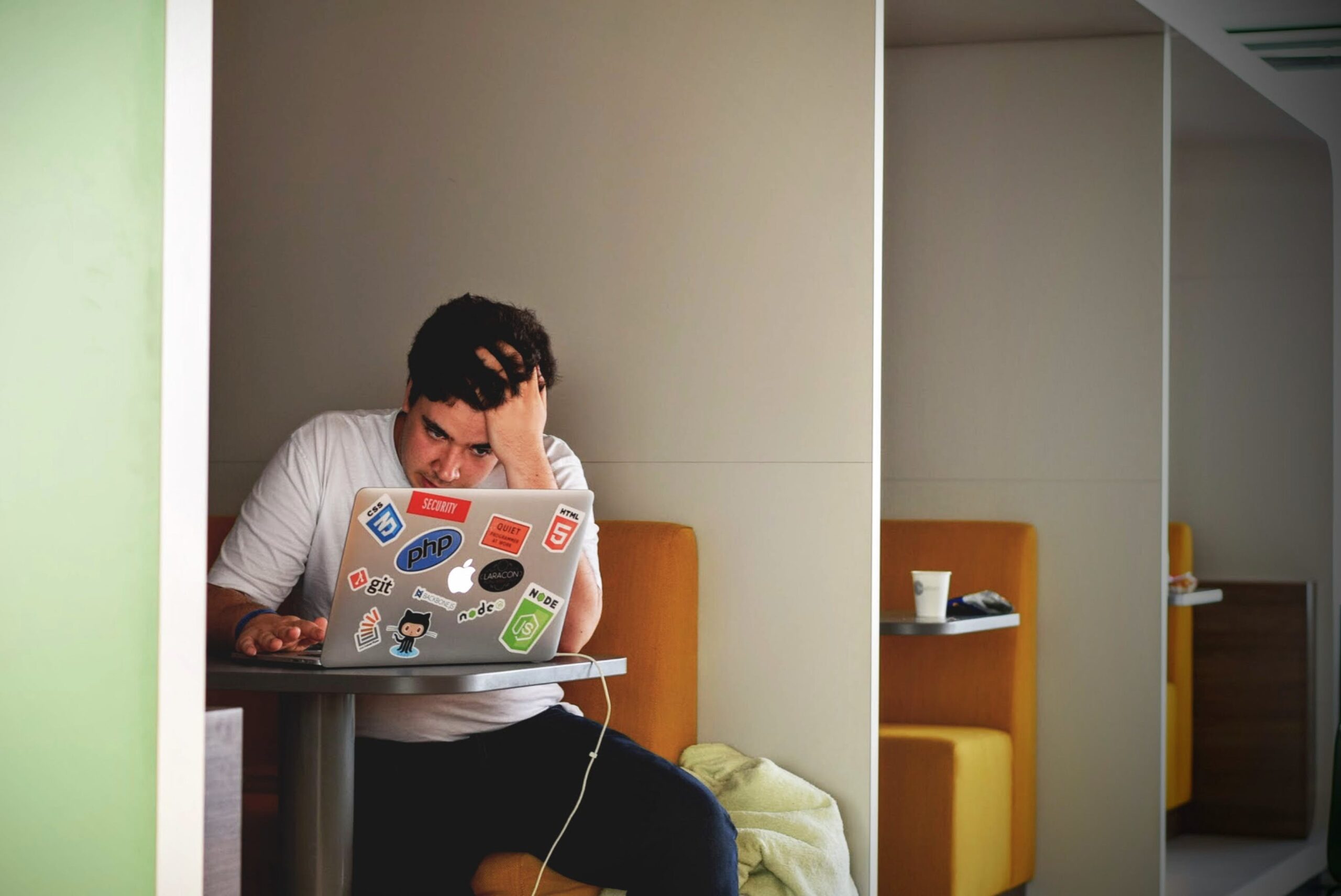 Does the feedback you receive from colleagues and friends often just feels like criticism? Like you can’t do anything right? Then you are probably experiencing the psychological phenomenon of reactance. This unpleasant arousal occurs when you feel your freedom is being limited. In this blog I will explain how reactance works and what you can do to reduce it in yourself and others. By reducing reactance you will be more capable of accepting valuable feedback and grow as a result.

Since the new rules for reducing the Coronavirus have been announced in The Netherlands on 13 October, we can no longer play squash matches. So we do training routines at 1,5m distance and we give each other feedback to improve. But when my friend tells me how to improve my squash skills, it feels like criticism. He tells me I should look at the ball when I hit it, but I’m sure I was doing just that (until we looked at the video recording of our training session). And also, my friend does not look at the ball either, when he plays it, so how can he coach me on how to do it? He says that the fact that he does not look at the ball either, is exactly the reason why he can spot the same behavior when watching me. Yeah, right! All these reactions that I experience – and we all do from time to time – are forms of reactance.

When you experience reactance

People do not like it when their freedom it threatened

Feedback is a powerful tool to improve our behavior so we can keep on growing. It also requires that we let others influence our behavior. Most of the times this is obviously in our own interest. We can choose whether to embrace the feedback or not. Often, we react negatively to these influence attempts in more or less explicit ways. This is what professor Jack W. Brehm calls psychological reactance. Reactance occurs when a person feels that someone or something is taking away their choices or limiting the range of alternatives. When that specific behavior is limited, than you will find that specific behavior more attractive. Next, you will most likely try to restore your freedom in performing that behavior.

For example, when your spouse provides you with “tips” on how to change  your tone of voice when in an argument, you may feel that you are restricted in they way you talk (your freedom to choose your own behavior is threatened). This may make you more likely to continue using that tone (this behavior becomes more attractive). Next, you may say something “I will decide for myself what tone I will use!” (attempt to restore your freedom). This behavior will most likely escalate the argument you are having. Your spouse probably had your best interests in mind when providing these tips. However, because of reactance to the feedback, it did escalate.

If you have adolescent children, you may also be familiar with the Romeo and Juliet effect: parental opposition to a relationship intensifies the romantic feelings of those in the relationship. The effect gets its name from the relationship between the protagonists in William Shakespeare’s late 16th-century play, Romeo Montague and Juliet Capulet, whose families were opposed to their union. The teenagers won a lasting union in their tragic act of twin suicide, an ultimate expression of freedom of choices.

When reactance is enhanced

Furthermore, German-Austrian researchers found that groups of people show reactance when a threat to their freedom originated within their own group, and that they did show reactance when it originated from outside the group. This means that groups of people who believe that phosphates should be banned, would show far less reactance than people who believe that phosphates should not be banned. In the same way more reactance is expected from people who do not agree with the seriousness of the Conora virus compared to people who agree with the seriousness of the Corona virus. The first groups perceived the threat to their freedom to originate from outside their own group. This will likely lead to increased reactance towards the new rules for reducing the Coronavirus.

So what can you do about reactance? I don’t know anyone who does not experience reactance. Some people experience it more than others. So how can you move towards the group, who experiences less reactance? There are two ways to become more like the Buddha:

1. Focus on feelings of threat

On top of that, you could share this with the person giving you feedback. Ponder for a moment, whether the person giving you feedback has your best interests at heart. If you believe that, then you probably should share your feelings with that person. If you are in doubt, you should probably share as well. This will make it more likely that you will use other peoples’ feedback to grow their abilities and skills.

If you are the one providing the feedback, don’t give the facts, but focus on anticipated loss of freedom. Acknowledge that there may be limitations in the range of alternative behaviors for that group. This will make it more likely that other people will use your feedback to grow their abilities and skills.

In managing reactance for larger groups, it will be helpful to persuade people to see the desired behavior as an act of solidarity for everybody instead of forced conformity of a selected group. For example, in accepting phosphate free detergents, campaigns could focus on acknowledging that we collectively have to give up some choices for a better world for all of us, including our children and grand-children. This will make it more likely that groups of people will use your feedback to grow their abilities and skills.

As said, reactance occurs when a person feels that their freedom is limited. Thus, the second step is to focus on limitations of freedom. You can do this by giving people a choice to accept or reject the proposed behavior.

So next time you are giving feedback to your colleague, provide them with the feedback and add: “…, but you are free to accept or reject my suggestions.” This will most likely restore their freedom of choice (which they always had to begin with).

You can also ask this of others when you are the one receiving feedback. You can even add this at the end of the feedback session to enhance the chance that you will embrace the feedback by saying: “I suppose I am free to accept or reject your suggestions?” This will most likely restore your freedom of choice as well, although you always had that choice to begin with.

So last time my friend gave me some tips on the squash court, I asked exactly that. He answered: “Well, of course, YOU ultimately decide which tips to accept and which to reject.” It felt a lot easier to follow up his tips from that moment on.

Want to know how you can get your marketing, communication and sales in better shape? Drop an email at niels@behavioralinsight.nl

5 thoughts on “Why Feedback Often Feels Like ‘You Suck’.”