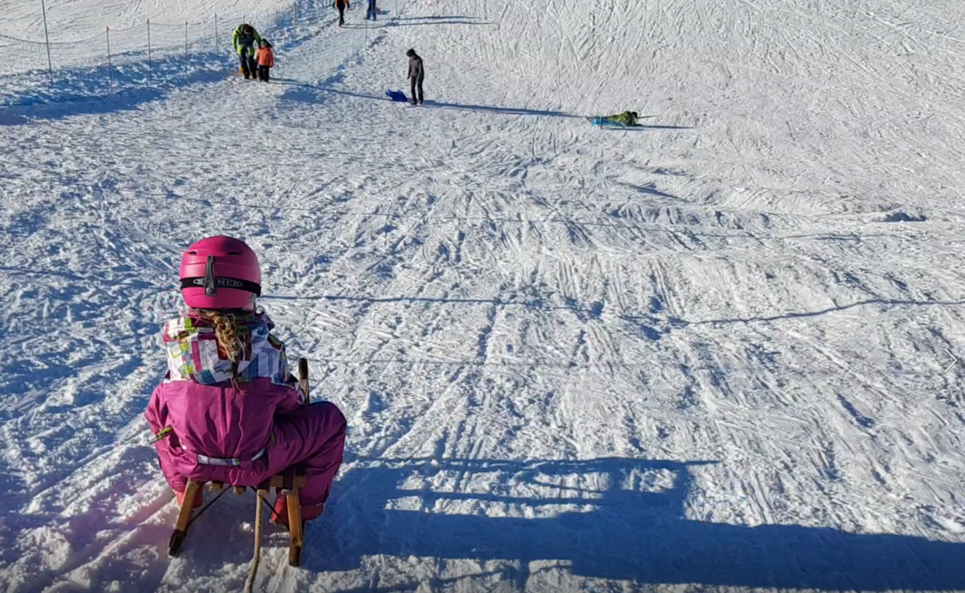 I was on a holiday trip to the snow in the French Alpes with my five year old daughter. Next to skiing, she also liked sledding down a short slope. Although it was a rather flat slope, she could still develop considerable speed down this slope. She liked it a lot. Then it happened. As my daughter sled down the slope, a boy and his mother crossed it. They walked right onto the middle of the slope, without looking around at the children sledding down. I screamed, the mother screamed, my daughter steered away from the boy unable to stop, and the boy ran right into the sled. Luckily no one was badly hurt, except for a mild bruise or two.

Then the father of the boy walked up to me. What do you think he said to me? He appeared quite shaken and emotional from what had just happened. What do you expect his reaction to be? Would he apologize to my daughter? Would he be mad at my daughter? Think for a moment before reading on.

Of course you know the answer: he was very mad at me! I should have been more careful. I should have been on the sled as well and that alone would have prevented the collision. Of course, his son was not to blame. Why would he put all the blame on me, without assuming even a small amount of blame on his son?

Why We Put Blame on Others

Blaming is making others responsible for bad things that happen to us. Blaming others involves making someone else responsible for the choices and decisions that are actually our own responsibility. There are three main reasons why we blame others:

Researchers discovered that many of us will take the credit if things go well in life, but put blame on others when things go bad. This is called the self-serving bias.

Peter De Michele and his colleagues investigated self-serving bias in sports. Winning competitors assigned the win to personal factors that are internally caused and controlled. Losing competitors assigned their loss to situational factors, such as more under the control of others. Self-serving bias helps us to protect our ego when losing in sports activities.

Self-serving bias in the workplace

How To Avoid Shifting Blame

In order to improve collaboration and personal growth, it is important to avoid shifting blame. The first step in changing our behavior is to recognize and accept it. Next, we can use our ability to be self-compassionate to avoid self-serving bias. Self-compassion is your ability to recognize distress in yourself and commit to alleviating that distress. When you are self-compassionate, you are able to reduce your defensiveness and are better able to accept feedback to self-improve. According to Kristin Neff, Professor of Educational Psychology at the University of Texas at Austin, self-compassion involves the following components:

Everyone makes mistakes, and when you make mistakes, it may help to re-frame these mistake as opportunities to learn. If you are a losing competitor in sports, it may help you identify the aspects that can make you win next time. If you are part of a (virtual) team at work, poor performance is an opportunity to identify how to collaborate more effectively. If your son is running across the slope and colliding with a sled, this is an opportunity to teach your son to ascend at the side of the slope. It may still happen that you blame someone improperly from time to time. We are human after all. But when that happens, just apologize.