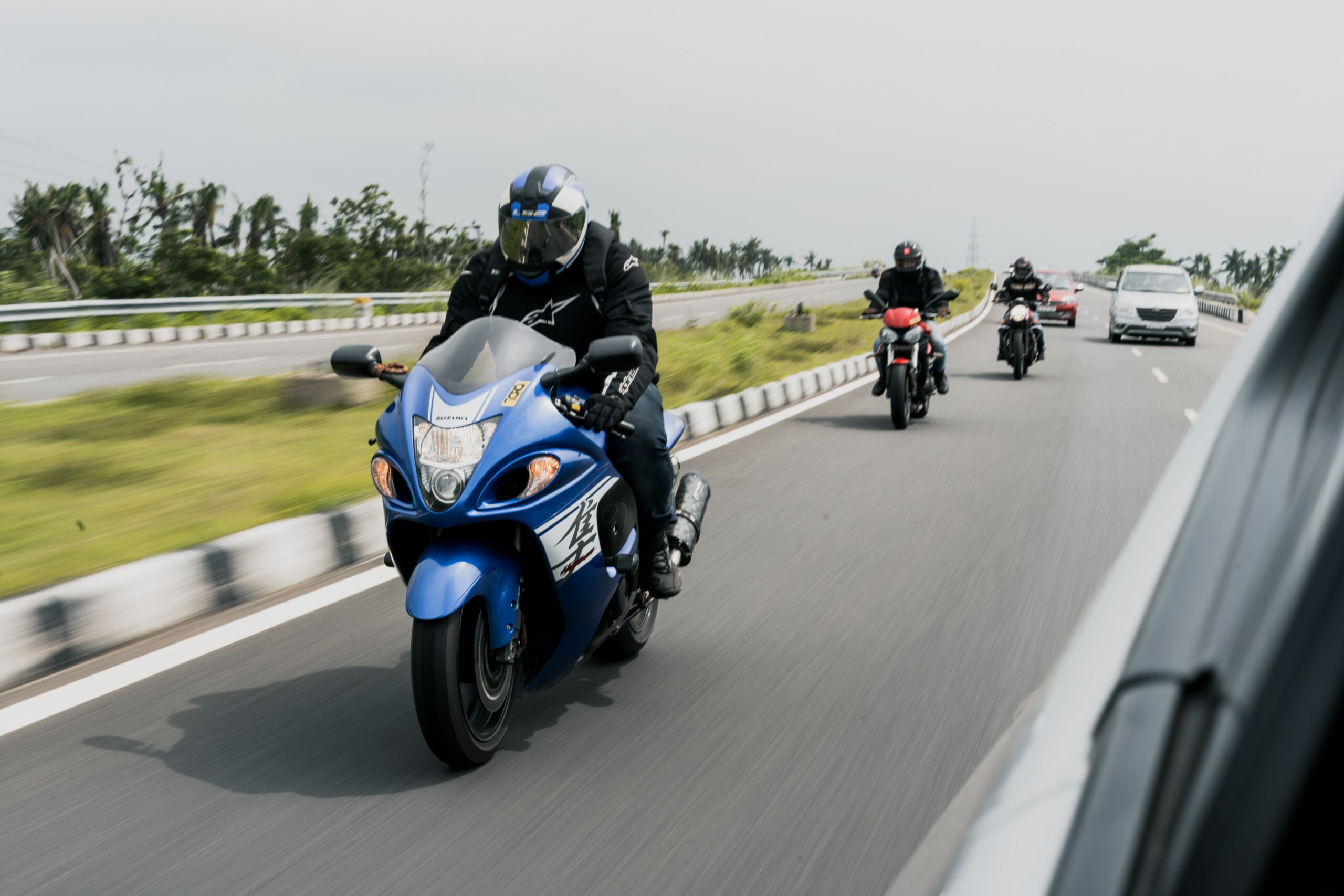 When reading the news, I can hardly believe the selfishness that it reports. CEO’s getting big bonusses while employees are getting fired. Stores getting robbed at gunpoint. Athletes competing on doping. But it also reports incidents of amazing selflessness. People helping complete strangers after accidents despite risks to their own safety. So, how selfish are people actually?

Up until a couple of years ago I used to ride my motorcycle everywhere I went. Both to personal appointments as well as professional meetings. Riding my motorcycle had some benefits compared to a car. As a motorcyclist I never got stuck in traffic jams, because the motorcycle allowed me to drive past it. Parking my motorcycle was also that much more convenient. I always had a parking spot and hardly paid any parking fees. Although, this may all sound somewhat self-interested in relation to people driving cars, I was actually very selfless when it came to other motorcyclist.

Whenever I was driving around on my motorcycle, I encountered many other motorcyclists. Most of them riding happily on their motorcycle, but sometimes I would encounter a motorcyclist standing by the side of the road with engine trouble, a flat tire or otherwise. I had the habit of stopping next to each stranded motorcyclist and offer help. Even when it meant running late for my appointment. In these instances I showed a lack of selfishness. So that raised the question of how selfish I and other people actually are.

Bounded self-interest is the idea that people are not purely motivated by their economic self-interest. People are usually comfortable to sacrifice at least some of their own interests to help others. Most of us feel some degree of societal responsibility. We are willing to pay extra for “green” energy (electricity from windmills and solar parks) and biological products for example. Or give donations to charities doing good around the world. However, we cannot observe the motivations behind these acts of social responsibility. Are these people driven by self-interest or by altruism?

When I stop to help a motorcyclist with a flat tire for example, the underlying motivation determines whether my action is out of self-interest or altruistic. If I stop because I want to appear helpful to my date on the backseat of my motorcycle, it would be out of self-interest. If I stop because of concern for the other motorcyclist’s wellbeing, it would be out of altruism. Since I mostly rode my motorcycle alone, I would argue that altruism was the main reason for stopping.

These findings of bounded-self interests can be explained by our social preferences. We have a desire for fairness, because we do not like to see unfair outcomes for both ourselves and others.

The heroic act of Darryn Frost in the London Bridge terrorist attack provides further support for the idea of bounded self-interest. In 2019, Darryn Frost was visiting Fishmongers’ Hall next to London Bridge in London. He was attending an event with colleagues when he heard a commotion downstairs that turned out to be a terrorist attack. He grabbed a whale tusk from the wall and used it to defend himself and others. He then chased attacker Usman Khan across London Bridge until the police intervened. His selfless action saved many lives, without regard to his own safety (London Bridge attack, 2019).

Although not everybody has to act in the heroic way Darryn Frost did that day, why not show a little more selfless behavior in daily life? When driving your car, it is a small gesture to be kind to pedestrians crossing the street. Or hold the elevator for the stranger trying to catch the elevator, even when you are in a hurry. Maybe offer your help to someone in the middle of the street, looking confused. Those small deeds of kindness will make you feel good. Although that may be somewhat self-interested, it is altruistic at the same time and increases the wellbeing of us all.

Please post your personal favorites for small acts of kindness in the comments!

Source of top image: Photo by Sourav Mishra via Pexels